ANKARA, Turkey, April 4 — Shoe shiner Kasim Kirsakal sat outside a mosque, directly across from a bank using a poster of President Obama to promote low-interest loans.

“Obama is trustworthy; that’s why people like those ads,” he said, referring to Garanti Bank’s poster campaign and its popular television spot, in which an Obama look-alike promotes the bank at a mock White House news conference.
When Obama arrives in Turkey on Sunday night for a two-day visit to this capital city and Istanbul, he will find a nation of nearly 72 million Muslims almost giddy at the prospect of improved relations with the United States after years of tension with the Bush administration.
“Obama is going to just mesmerize people,” said Ali Carkoglu, professor of political science at Sabanci University in Istanbul. “He’s going to be a rock star.”

By making a high-profile visit to this proudly secular, predominantly Muslim nation on his first overseas trip, Obama is signaling Turkey’s strategic importance as a bridge between the West and the Middle East.
Turkey, which borders Greece and Bulgaria to the west and Syria, Iraq, Iran, Armenia, Azerbaijan and Georgia to the east, is an increasingly active player in nearly every major issue affecting U.S. relations in the region.
It is a member of NATO and the Group of 20 leading economies; it holds a rotating seat on the U.N. Security Council (for the first time since 1961); and it is pressing to join the European Union.

Prime Minister Recep Tayyip Erdogan’s government has been deeply involved in dialogue between Israel and Syria, and with Iran, Pakistan and Afghanistan, where it has about 1,200 troops deployed as part of a NATO force. Incirlik, a U.S. air base in southern Turkey, is a key staging area for operations in Iraq and Afghanistan.
Turkey is also a critical part of the supply route for energy reserves flowing from the Caspian Sea to Western markets. Dependent on Iran for much of its oil, Turkey is a valuable partner as Washington looks to engage Tehran.

“During the Bush administration, we had some different views. But now we have identical policies with the Obama administration,” said Ahmet Davutoglu, Erdogan’s chief foreign policy adviser, who called Obama’s visit “historic.”
“If you look at the agendas of the two countries, it is almost the same,” he said. “Our experience in the region and their new approach are very compatible.”

During his visit, Obama will address the Turkish parliament — the first U.S. president to do so since Bill Clinton in 1999 — and meet with religious leaders. He will also make high-profile visits to the tomb of secularist national founder Mustafa Kemal Ataturk in Ankara and the Blue Mosque in Istanbul, one of Islam’s most stunning sites.

Ahead of Obama’s arrival, several thousand demonstrators staged protests Saturday against the United States and NATO in Ankara and Istanbul, many of them shouting “Yankee, go home.” But, in interviews in the Bahceli neighborhood of Ankara, where smartly dressed shoppers sipped Starbucks coffee and the less well-to-do hawked fish from their trucks, nearly every mention of Obama was greeted with a smile.

Yurdagul Oguzman, 29, who works in a small food shop, said that Obama “seems peaceful.” And, like many people interviewed, she said her impressions of Obama were more positive than her views of the United States.

“I have a bad impression of America because they are so fond of making wars,” she said. “But I think Obama can change that.”
A recent poll by Infakto, a Turkish research firm, found that Turks viewed Obama as the most trusted foreign leader. Almost 52 percent had a “positive opinion” about

Obama, although 23 percent viewed the United States favorably.
“People believe Obama has warmer feelings toward the Muslim world and the relationship will be different,” said Emre Erdogan, head of Infakto. “And his middle name is Hussein!”

On one of the highest hilltops of Ankara, near the stone walls of a citadel dating to Roman times, street sweeper Erdal Aydogan, 44, said Obama was exciting.
“He has a Muslim background, so when he was elected we were so happy — it was like he was elected for Turkey!” Aydogan said. .

Turks are fiercely proud of their separation of mosque and state, and many bristle when the country is referred to as a “moderate Muslim” nation rather than a “secular democracy.”

Carkoglu, the political scientist, said some Turks are suspicious that Obama sees Turkey mainly as a Muslim platform for repairing the battered U.S. reputation in the Islamic world.

“Obama is facing a subtle balancing act,” Carkoglu said. “He has to be careful not to call Turkey a Muslim country that is a role model for the Middle East. We don’t want to be a Muslim role model. We want to be a secular role model.”

Obama also must balance the question of how to handle the deaths of hundreds of thousands of Armenians 90 years ago as the Ottoman Empire collapsed. For years, Obama has called the incident “genocide” and promised to recognize it as such if elected president.
Turks vehemently deny any mass killings, and Erdogan, in a speech Friday in London, again dismissed the “so-called genocide.” Many people interviewed said their opinion of Obama would sour immediately if he mentioned Armenian “genocide.”
In a narrow alley of ancient wood-and-brick houses, Handan Tunc, 33, a mother of two, said she hoped Obama’s leadership could help reverse the global economic crisis. She said her husband’s small business selling socks and underwear had decreased by 70 percent.
“We don’t know yet what Obama will do, but there is something about him that makes us think he will do better,” she said.

Although Turkish banks, which were restructured after a crisis in 2001, have remained relatively stable, Turkish exporters have been battered as European markets have dried up. The country is seeking aid from the International Monetary Fund.

Umut Oran, a member of the opposition Republican People’s Party, or CHP, and head of the Turkish Clothing Manufacturers Association, said that in the past eight months, the Turkish stock market and the national currency, the lira, have lost 40 percent of their value.
Part of Turkey’s problem, Oran said, as he sipped cappuccino in the glitzy Sheraton Hotel, where Obama will stay, is that relations between Turkey and the United States “have been in the freezer” since the 2003 invasion of Iraq. He said Turkey’s exports have quadrupled since 2001, but exports to the United States have dropped from 10 percent of the total to 3 percent.

Oran said he hopes Obama will revive an idea, shelved in recent years, to create an industrial zone in southeastern Turkey, near the Iraq border, for production of tax-advantaged textiles and other goods for export to the United States.
Oran said mass job creation in that region could help calm Turkey’s long-standing battles with a Kurdish separatist insurgency that has frequently crossed from northern Iraq to attack targets in Turkey. 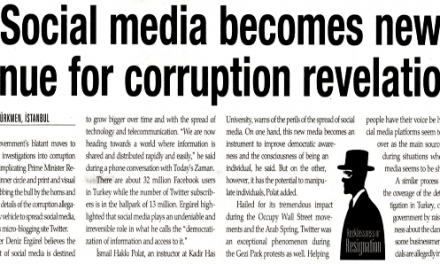 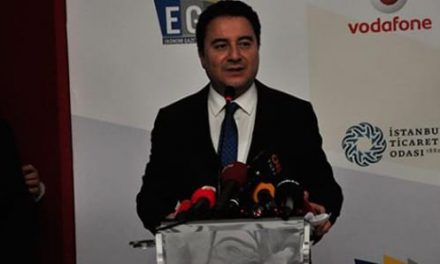 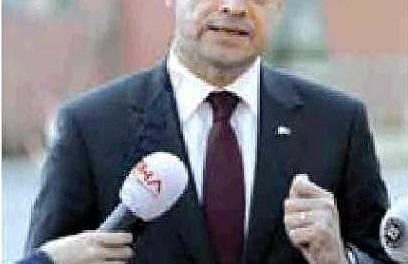