Former cameraman dies after being handcuffed in Turkey-Hurriyet Daily News

A former news cameraman in Turkey has died after suffering a heart attack while arguing with traffic police, who handcuffed him despite him warning about his health.

Yılmaz Koçyılmaz, who became an investor in an organic farm after working as a news cameraman for several national TV stations, was stopped by traffic police as he was returning from work to his home in snowy weather near Ankara’s Ayaş neighborhood late on Feb. 10.

According to eyewitnesses, an argument broke out between Koçyılmaz and policemen who tried to handcuff him, Doğan News Agency reported on Feb. 11.

“I suffer from hypertension. Don’t handcuff me, I need to take my medicine,” a co-worker who was travelling with Koçyılmaz quoted him as telling the police.

Police handcuffed Koçyılmaz, who then fainted and died on the way to the hospital in an ambulance.

Koçyılmaz was buried in the Karşıyaka Cemetery on Feb. 11, and his relatives told the Doğan News Agency that they would file a complaint about the policemen who handcuffed him.

Umut Oran, a deputy from the main opposition Republican People’s Party (CHP), asked Interior Minister Efkan Ala in a parliamentary question why the former cameraman had been handcuffed.

“Is this an instance of the reasonable doubt regulation being used?” Oran queried.

The opposition had earlier claimed that the government has already started practicing the controversial “reasonable doubt” regulation, which is included in the hotly-contested security bill that will be soon debated at parliament.

The current Turkish Penal Code (TCK) article on search warrants for a suspect or defendant includes the requirement that there be “strong suspicion based on concrete evidence.” However, the planned amendment is expected to loosen the criterion by stressing “reasonable doubt” rather than “concrete evidence.” 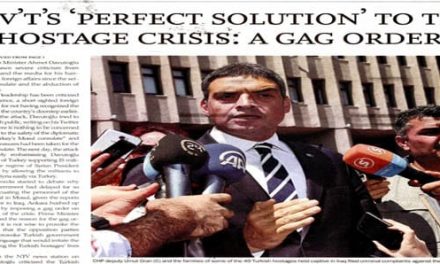 Number of women taking shelter after abuse on rise