On 13-14 February the SI Mediterranean Committee convened in Valencia, Spain, hosted by the Spanish Socialist Workers’ Party, PSOE. The discussions focused on two main themes: “The essential new impetus for peace and security in the Mediterranean” and “Making cooperation a policy of cohesion for the Mediterranean”. The meeting was opened with speeches by Ximo Puig, Secretary General of the Socialist Party in Valencia, the PSPV, by Luis Ayala, Secretary General of the SI, and Carme Chacón, Chair of the Committee and Secretary for International Relations of the PSOE.
Miguel Ángel Moratinos, former Minister of Foreign Affairs of Spain introduced the first main theme and Mustapha Ben Jaafar, Secretary General of Ettakatol, Tunisia, and an Honorary President of the SI, was the introductory speaker of the second theme. The meeting also heard reports from participants on the national situation in the countries of the region.

Following substantive debates, the committee members adopted a Declaration titled ‘A new agenda for the Mediterranean’ reflecting the subjects discussed and agreements reached. The document highlights, in the first place, the need to put into practice a shared vision and a common framework for establishing priorities and cooperation. It also underlines the need to set in motion a common policy on migration based on the principle of solidarity and humanitarian concerns; the need for a real political strategy to confront terrorism on both shores of the Mediterranean including the promotion and defence of rights, freedoms and tolerance; to advance in the consolidation of democracy; to promote a massive new investment plan for the Mediterranean to tackle youth unemployment and to present an alternative to migration and radicalisation; to create the conditions to facilitate a just political solution to the division of the island of Cyprus; to promote a just and negotiated solution to the conflict in the Western Sahara, and to encourage recognition of the State of Palestine as a contribution to the peace process in the Middle East, leading to the coexistence of two States, Israel and Palestine.

On the occasion of this meeting in Valencia, the Contact Group on Western Sahara previously established by the SI gathered and agreed on the terms of the fact-finding mission to visit the region in early May, headed by Juan Antonio Yáñez of the PSOE, former Secretary of State for Foreign and Ibero-American Affairs, and a former ambassador of Spain to the United Nations. A report on the mission’s findings will be presented in the first instance to the Mediterranean Committee and subsequently to the SI Council at its next meeting.

Press coverage of the meeting

DECLARATION OF VALENCIA
A NEW AGENDA FOR THE MEDITERRANEAN
Original: Spanish
The social democratic parties of the Mediterranean region gathered in Valencia on 13-14 February 2015 for a meeting of the Socialist International Mediterranean Committee, to discuss, on the one hand, the essential new impetus for peace and security and, on the other hand, the initiatives that are needed to increase cooperation and to overcome the inequalities that exist between the two shores of the Mediterranean Sea.We recognised that the initiatives set up in the 1990s, such as the Process of Barcelona and, subsequently, the Union for the Mediterranean, have achieved limited results, due in part to the fact that the European countries have found themselves immersed in one of the greatest economic crises, lasting now more than seven years, and also, because the Arab countries have experienced profound changes as a result of the so-called Arab Spring. However, the Mediterranean Committee remains fully committed to the aims of these initiatives, and reaffirmed the need to create a space for cooperation and dialogue between all the countries of the region, to enable us to address together the global challenges we face.

We are living moments of profound geo-strategic changes in the world, where the Mediterranean continues to be a central focus and where all the global challenges we face are present, interacting and feeding on one another, as much in the areas of peace and security, economics, employment, energy and resource management, as in social and cultural areas.

We are aware that many injustices of all types persist, which give rise to great frustration and are the breeding ground for radical movements that encourage hatred for those who are different, and go as far as the barbaric terrorism of the self-proclaimed “Islamic State”, also known as Daesh or ISIS, particularly in Syria and Iraq where they are responsible for the massacre of the civil population. At the same time, the lack of opportunities and hope for the future for many young people who find it difficult to gain employment, forces them to migrate to the countries in the north.

The Mediterranean Committee is of the opinion that the military and security response cannot be the only way to put a stop to the Jihadist terrorism that is a grave threat to all of us, and not only to the lives of human beings, but also to our values and freedoms. It is essential to implement far-reaching political and diplomatic initiatives to accompany the military actions against terrorism, in order to prevent new attacks and to confront the root causes of this phenomenon.

Furthermore, as socialists, we members of the Mediterranean Committee cannot sit idle while the Mediterranean Sea becomes one big cemetery for thousands of people who migrate in search of a better future for themselves and their families, escaping in many instances from wars, and falling prey to networks of traffickers of human beings. We have to find responses and demand actions, putting the people at the centre of strategies that will permit the channelling of migratory flows, and, at the same time, to fight with determination against organised crime, trafficking of human beings and the tax havens where blood-stained money takes refuge.

It should also be said that we continue without finding solutions to old conflicts like that of Israel and Palestine, the division of Cyprus or the situation in Western Sahara, which persist throughout time without signs of progress, in spite of the different peace initiatives of recent years.

It is for all these reasons that the member parties of the Socialist International Mediterranean Committee, highlighting the strategic importance of the Mediterranean and moved by the will to build the future together, have decided that we need to promote a renewed approach, based on the shared responsibility of all and, therefore, to give a new, multilateral, dimension to relations, based on broad cooperation and solidarity, in which both shores participate under equal conditions in order to define a global Mediterranean initiative to regain and revitalise the spirit of the Barcelona Process.

In this regard, we have agreed a new agenda for cooperation in the Mediterranean, which contains the following ten points:

First: to establish a shared vision and a common strategic global framework to allow us the setting up of priorities, objectives and instruments of cooperation.

Second: to set in motion a truly common European policy on migration, based not only on measures of border control, but involving also political and diplomatic action both in the countries of origin and in the countries of transit, and we strongly demand the solidarity of the European Union to re-establish the recently dismantled “Mare Nostrum” operation and, in general, solidarity with the countries of southern Europe which are in the front line of this humanitarian crisis. At the same time, we ask for support to the efforts in Lebanon to deliver aid to the refugees from the Syrian conflict.

Third: to provide ourselves with a real political strategy to confront terrorism, not only from the point of view of security, police and intelligence services cooperation, but also through the promotion and defence of rights and freedoms, respect and tolerance, as well as the initiative of the Alliance of Civilisations.

Fourth: to advance in the consolidation of democratic systems and the respect for fundamental rights and freedoms, the defence of plural and inclusive societies where minorities and gender equality are respected. In the case of Egypt, we support the decision of the Social Democratic Party (ESDP) to take part in the next parliamentary elections, in spite of the current electoral law and concern over interventions by the State and the President against the opposition, and we call for the elections to be free, allowing the completion of the road map and to fulfil the aspirations of the Egyptian people for freedom, democracy and social justice. In the case of Tunisia, we welcome the success of the process of democratic transition and the contribution of Ettakatol, we extend our solidarity and encourage the efforts to unify the social democratic forces, and we call on them to monitor developments and to preserve the democratic process faced with those who work against it.

Fifth: to promote a massive plan of investment in the Mediterranean to fight against youth unemployment and to present future generations with an alternative to migration and radicalisation.

Sixth: to take decisive steps to consolidate a European foreign policy towards the Mediterranean, which is coherent and has a strong, united voice.

Seventh: Both shores, north and south, to fight together against the terrorism that equally threatens all of us.

Eighth: to create the appropriate conditions to facilitate a just political solution to bring an end to the division of the island of Cyprus, based on a bi-zonal and bi-communal federation, as well as political equality, as recommended in the UN Security Council resolutions, the High-Level Agreements and international law.

Ninth: to make use of the opportunity for dialogue within the framework of the Mediterranean Committee, as well as the generosity and solidarity demonstrated by the parties, to promote a just and negotiated solution to the conflict in Western Sahara, accompanying the work of the United Nations in this respect.

Tenth: to encourage the recognition of the State of Palestine, understanding that it is a contribution to the peace process in the Middle East that must lead to the coexistence of two States, Israel and Palestine, in peace, security and mutual cooperation.

On the occasion of the meeting of the Socialist International Mediterranean Committee in Valencia, the Contact Group on the situation in Western Sahara, previously established by the SI, convened on Friday 13 February 2015.

Taking into account the decision to send a fact-finding mission sur place, that was ratified by the Council meetings in Mexico and Geneva (2014), the Mediterranean Committee agreed the terms of this mission, which will be chaired by Juan Antonio Yáñez (PSOE), together with a delegation whose members will be announced at a later date. This mission will be travelling to the region at the beginning of May 2015, it will have a broad agenda of contacts and meetings with the collaboration of the parties involved, which will allow them to verify the situation in situ with a view to contribute, in line with our socialist and democratic commitment, to the search for shared solutions, accompanying and encouraging the process of negotiation currently taking place under the auspices of the United Nations.

The chair of the delegation to Western Sahara will present the report of the mission, in the first instance to the Mediterranean Committee and, subsequently, to the next Council of the Socialist International. 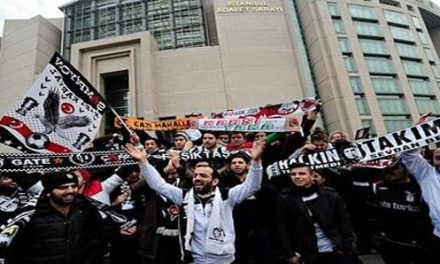