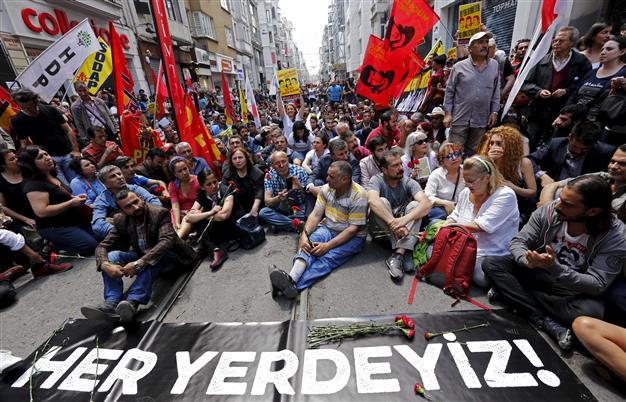 Riot police and water cannons stood on alert on May 31 as Taksim Square and Gezi Park, alongside numerous roads and metro stations leading to Taksim, were closed to prevent gatherings called by Taksim Solidarity, a collective organization of several rights groups at the center of the Gezi Park protests, to commemorate the second anniversary of the nationwide anti-government protests.

The Istanbul Police Department released a statement on May 30 announcing the roads which would be closed on May 31, starting 9 a.m., alongside a list of alternate routes.
“In addition to the Gümüşsuyu, Mete and Sıraselviler Avenues which lead to Taksim Square, the Tarlabaşı tunnel connection to Taksim will also be closed,” the statement said.
The Kabataş funicular station connecting Kabataş to Taksim, and Taksim metro station itself, were also closed.
Commemoration at Istiklal Avenue

Regardless of measures to prevent people from reaching Taksim, a group of approximately 250 people gathered at İstiklal Avenue at 1 p.m. to commemorate victims who died during the protests as a result of police violence.
Republican People’s Party (CHP) Deputy Chair Sezgin Tanrıkulu, Istanbul’s CHPcandidate Umut Oran, Freedom and Solidarity Party (ÖDP) chair Alper Taş and Gülsüm Elvan, mother of 15-year-old Berkin Elvan who died 269 days after being shot in the head by a gas canister, were amongst the crowd.
Elvan made a speech criticizing the manners of President Recep Tayyip Erdoğan, who made a crowd boo the mourning Elvans on March 14, 2014.
“My son was shot at age 14. He persevered at an intensive care unit for 269 days, but couldn’t survive. He [Erdoğan] failed to relate to our pain and he continues to talks about us,” she said.
“Tayyip Erdoğan, my little son destroyed your reputation with his giant heart. I hope you learn something from this,” Elvan said.
The protesters wanted to leave carnations at the entrance of Gezi Park to commemorate the victims but the police denied entry to Taksim Square.

After a peaceful sit-in, the group dispersed without incident at approximately 2 p.m.

In addition to an early meeting at Gezi Park, Taksim Solidarity called on the public to gather in local parks which hosted public forums after the early days of Gezi protests.

Abbasağa Park in the Beşiktaş district on the European side and Göztepe Özgürlük Park on the Asian side of the city were particularly singled out as meeting places.

Despite the relative calm, there were nevertheless cases of police violence. Daily Zamanjournalist Emre Şencan was battered by policeman in plain clothes for taking pictures with his cell phone.

In a video of the incident, police can be seen surrounding Şencan and forcing him to kneel while he repeatedly says he is a journalist.

Once released, Şencan asks the aggressor for his name, to which his aggressor responds by asking whether Şencan would complain to the United States, referring to the U.S.-based Islamic scholar Fethullah Gülen, whom the ruling AKP accuses of establishing a “parallel structure” within the Turkish state.

Following the incident, Turkish Journalists Association (TGC) released a statement condemning the actions of the policeman and urged the governorate and police to bring those responsible to justice.

“Using violence against journalists in an effort to prevent the public from learning the truth will not work. Journalists will continue to do their jobs,” the statement said. 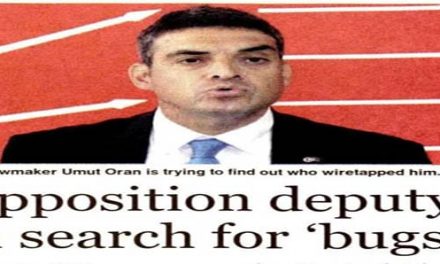 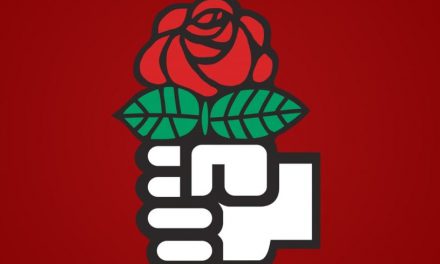