Foundation For Thoughts Of Atatürk

Some national and international powers encouraged with absence of physical presence of Ataturk have nowadays made a peak of their open or closed attacks against Ataturk’s revolutions and principles, when 70 years have passed since May 19th, 1919, the day He took the first step for creating the new Turkish State. What’s even worse is that they are trying hard to demolish these principles and revolutions in the future via their planned and underground efforts.
But, Ataturk

Is not only “a great commander saving the Turkish Nation and Motherland whose independency was under a great risk from occupation of the imperialist powers”.

He is far more than that, he is the founder of a contemporary state free from all the connections limiting or preventing independency in all areas, especially the cultural and economical areas;

Founding the Republic of Turkey based on national liberty;

Saving the society from the thought of middle ages and the sharia rule free from associations and organizations based on these principles without disturbing personal beliefs, guiding for ways of being a contemporary and modern nation, with the dominant secular thought, secular law and secular education, based on ideas and thought;

Opening the way for all liberties, human rights and Social Law State with participant democracy;

Making the Turkish woman, who was second class for long years, a citizen with equal rights and honor as she deserves and removing all artificial inequalities;

Opposing to all internal and external exploitation, making the people the actual master not only in the political area, also in the economical and social areas and considering dominance of all citizens to be the reason and objective of presence of the state;

Adopting the principle that national economy would not operate only upon resolutions of the entrepreneurs and solely based on the profit and competence mechanism, but regulated by the state for meeting with necessities of the people and all the citizens;

Making the Turkish people benefit from the underground and above the ground assets of the motherland; adopting that anyone calling themselves to be Turkish within “Misak-ı Milli” to be Turkish and refusing racism; creating the positive and contemporary Turkish Nationalism to make it among the basic principles of the state;

Making benefiting of every citizen from education, science and arts and raising “generations with free thought, free will, free future” among main duties of the state;

In addition to accepting the new Turkish alphabet for being free from cultural imperialism and making education more common, considering purification and enrichment of the Turkish Language to be an important social duty;

Connecting history of the Turkish Nation to roots of the modern human;

Refusing force, racism and occupations in the state policies and international relations with his principle of “Peace inland, peace in the World”;

Making the criteria “being an honorable member of the world’s nations with equal rights” and “mutuality” inevitable principles of foreign policy;

Highlighting that all nations are part of the humanity family, seeding the thought that the humanity should integrate.

Those believing that Ataturk’s revolutions and principles may lead resolution of our social problems founded “Foundation for Thoughts of Ataturk”, feeling the necessity of contributing to dominance of His revolutions and principles in the future, and keeping them.
Mr. Oran is a member of the Foundation for Thoughts of Ataturk.
http://www.add.org.tr 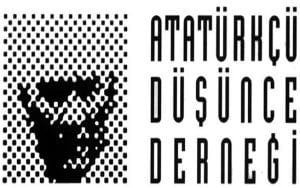